Minecraft 1.19.20 is a new release of the game for Android smartphones. In this version, the developers have introduced a new window for generating game worlds, as well as eliminated a huge number of bugs that affect the stability of worlds in previous versions. 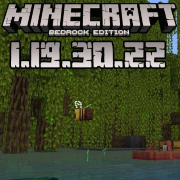 PojavLauncher
PojavLauncher is a simple, and most importantly, free program that allows you to run Minecraft:
Comments (0)
﻿